Skip to main content
Articles in this section
See more

All Hypixel players can join parties with other users. Parties allow you to play with your friends in your games.

A party allows you to group up with your friends on the Hypixel Server to play the different game modes. The Party Leader is the one in charge of the settings for the party and of choosing games. The leader can also warp the party into their lobby to all hang out together! Creating a party will automatically make you the party leader.

To create a party, start by inviting one of your friends with the command: /p [name]

This will invite them to your party. You can check who is in your party at any time by doing: /party list

To chat with your party, you can use the command /pchat [message] or /chat p

To switch back to our main chat, use the command /chat a

To see the full list of commands in-game, try doing /p or /party

Here is a full list of the commands you can use, all starting with /party. Any command in bold is a party leader command only:

You can also view your current Party in the Hypixel Social Menu.

MVP++ ranked players also have access to the /stream command, which provides the ability to create a public party that other players can join without requiring an invite - which is perfect for, well, streaming!

This feature is really easy to use. Simply run the command, click the "Create Party" link in the book which opens, and select the maximum number of players you want to allow in your party (between 2 and 100). 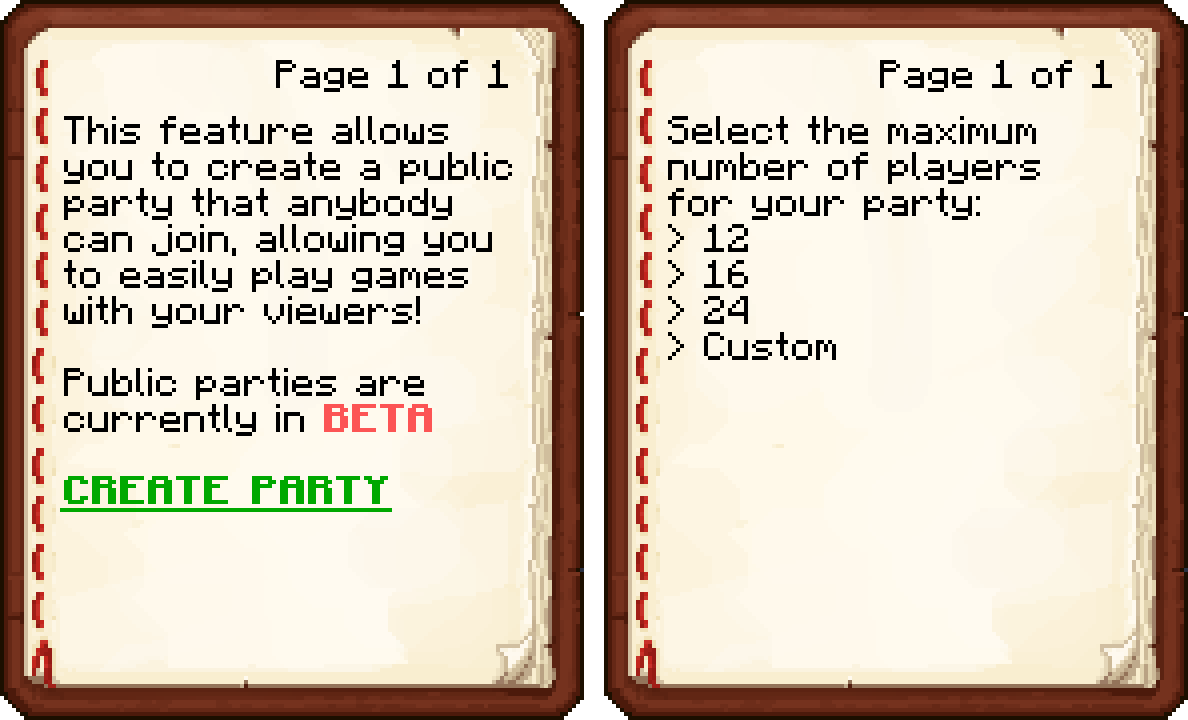 After doing this, you will then be given a command which can be given to other players so that they can join your party. This will look something like this, but with your in-game name:

From here, you are now able to use the regular party commands to manage your party. You can also manage some settings specific to your public party from the book given to you after the party was set up. If you closed this book, you can reopen this by using the /stream command again. 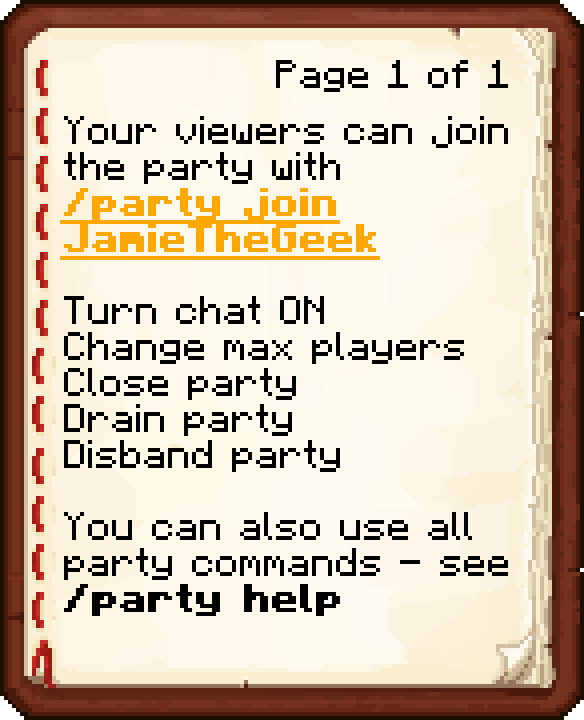 From this book, you can do the following: