What mods can be used on the server?

Any modifications you do install should always be obtained from the official source for that given modification, be that the creator's website, GitHub or other profile (e.g. YouTube channel). Unofficial downloads from other sources may not behave as expected, which could include bugs or unadvertised features (which could result in punishments on our server), or even malicious code (e.g. viruses, spyware, etc.).

What is and isn't allowed?

Though we do not provide a thorough list of disallowed modifications, a general rule of thumb is that any modification which provides any significant advantage to the players in any of our games - even if not in the specific game you are playing - using them anywhere on our server will be against our rules.

Additionally, we do also note that anything which automates any player gameplay action is strictly disallowed, be those Minecraft modifications, external software or hardware. This includes things such as (but not limited to) auto/burst clicking buttons or macros, auto-sprint, and aim assists.

Finally, modifications that alter the way in which your Minecraft client interacts with and communicates with our server are also strictly disallowed, even if they otherwise fall into an allowed category. Please ensure that any modifications which are used are strictly client-side only, with them not changing or altering the behavior of the game.

If a modification does not fit clearly into any of the allowed modification categories, it should be assumed to be disallowed.

Mods you can use on the server.

These are modifications that you can use on the network. For the most part, these are cosmetic modifications or modifications which show limited amounts of additional information which should not give you an in-game advantage.

As stated previously, any modifications listed here are still to be used at your own risk. If the features of any modification have changed since we added it to this list or if bugs have accidentally been introduced, those modifications may no longer be permitted. If you believe that to be the case with any of these, please let us know and we'll investigate that.

Although this may be considered an advantage in a sense, it doesn’t give players any physical advantages in a fight. They’re killed the same way and do the same amount of damage. 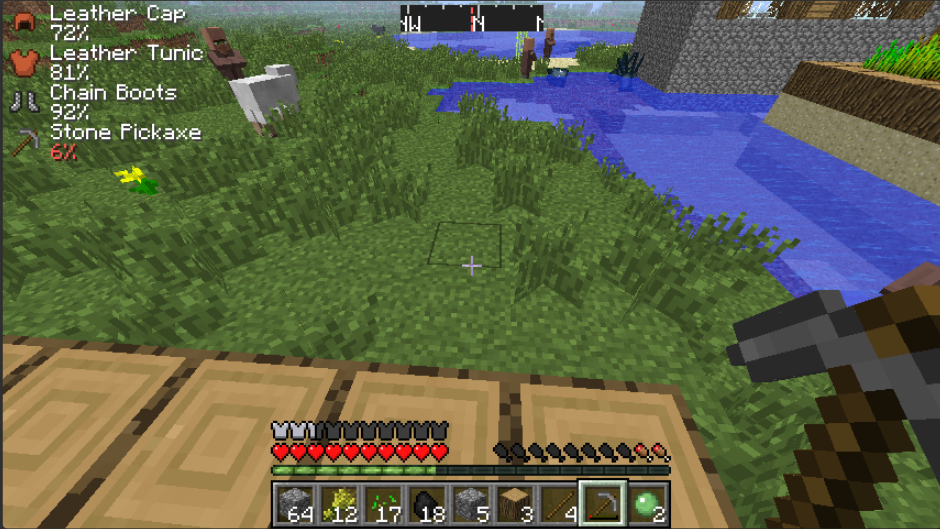 Orange's 1.7 Animations
Client modifications that change in-game animations, such as those associated sword/weapon swings, provided these do not change the underlying functionality of the action associated with the animation(s) or add new functionality to the game (e.g. being able to "crawl" in 1 block high spaces).

These are modifications that change the animations within Minecraft, such as reverting version 1.8+ animations associated with weapons to their 1.7 (and older) equivalents.

These must not change the underlying functionality associated with these actions for the version of Minecraft you are using. The client must behave (in terms of gameplay) as it would without the modification installed.

Modifications that have the primary objective of improving the player to have an improved experience when playing Minecraft in terms of the game's playability (e.g. FPS improvements). Optifine is a popular example of one of these modifications, which optimizes the way Minecraft operates to improve frame rates, as well as offering more customizable "Video Settings". 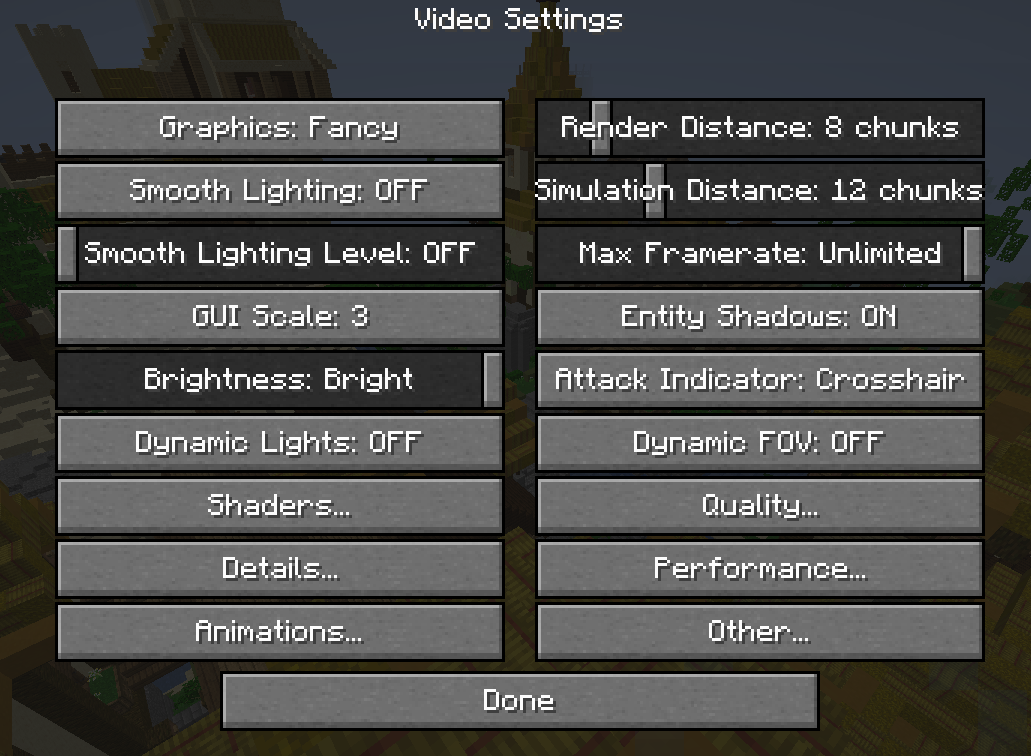 Client modifications that allow for the recording and playback of gameplay, while also allowing for the changing of perspective during playback (but not in live gameplay).

Regarding Reporting
Unfortunately, we are not able to accept evidence which were recorded using these modifications. This is due to the potential for these to be edited or falsified.

The shader’s mod attempts to make the game look more aesthetically pleasing by adding more details to things, primarily shadows, such as from clouds or people. Side effects may include animated, transparent water or flowing tree leaves. This mod is purely aesthetic and only affects the client-side.

These modifications are permitted provided they do not make changes to the game which affect the player's perspective of the game, such as allowing them to see around or over blocks they normally would not be able to see.

Example of Shaders in Minecraft 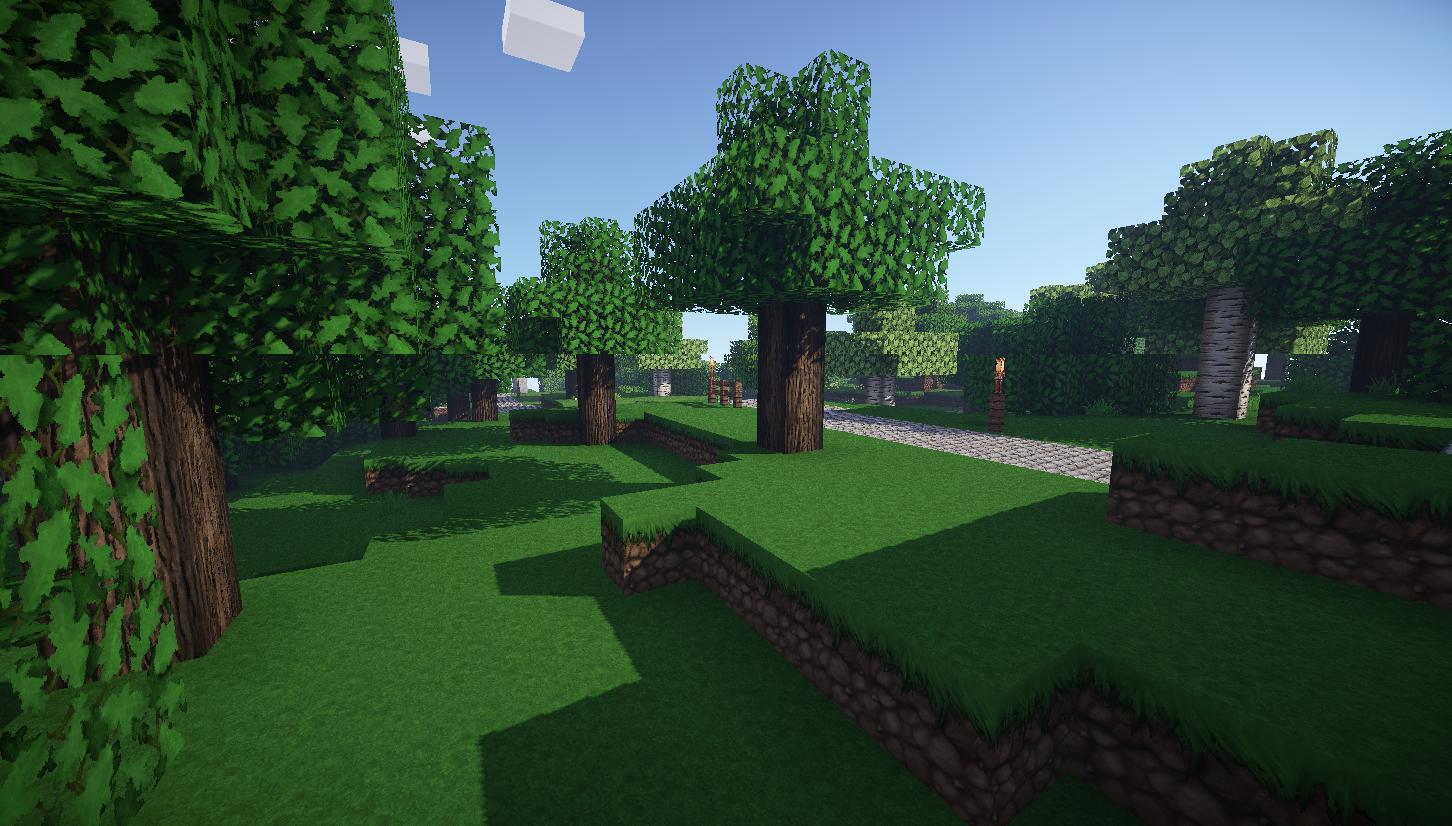 Badlion Client, Lunar Client, etc.
Minecraft client mods (sometimes made available as self-contained clients) that contain a variety of modifications grouped together into a single package are permitted, provided the included modifications are permitted on our server by themselves.

Please note that this does not include cheat / "hack" clients or similar, any use of which is against our rules.

Modifications that are not single mods in themselves but rather a collection of several useful modifications. 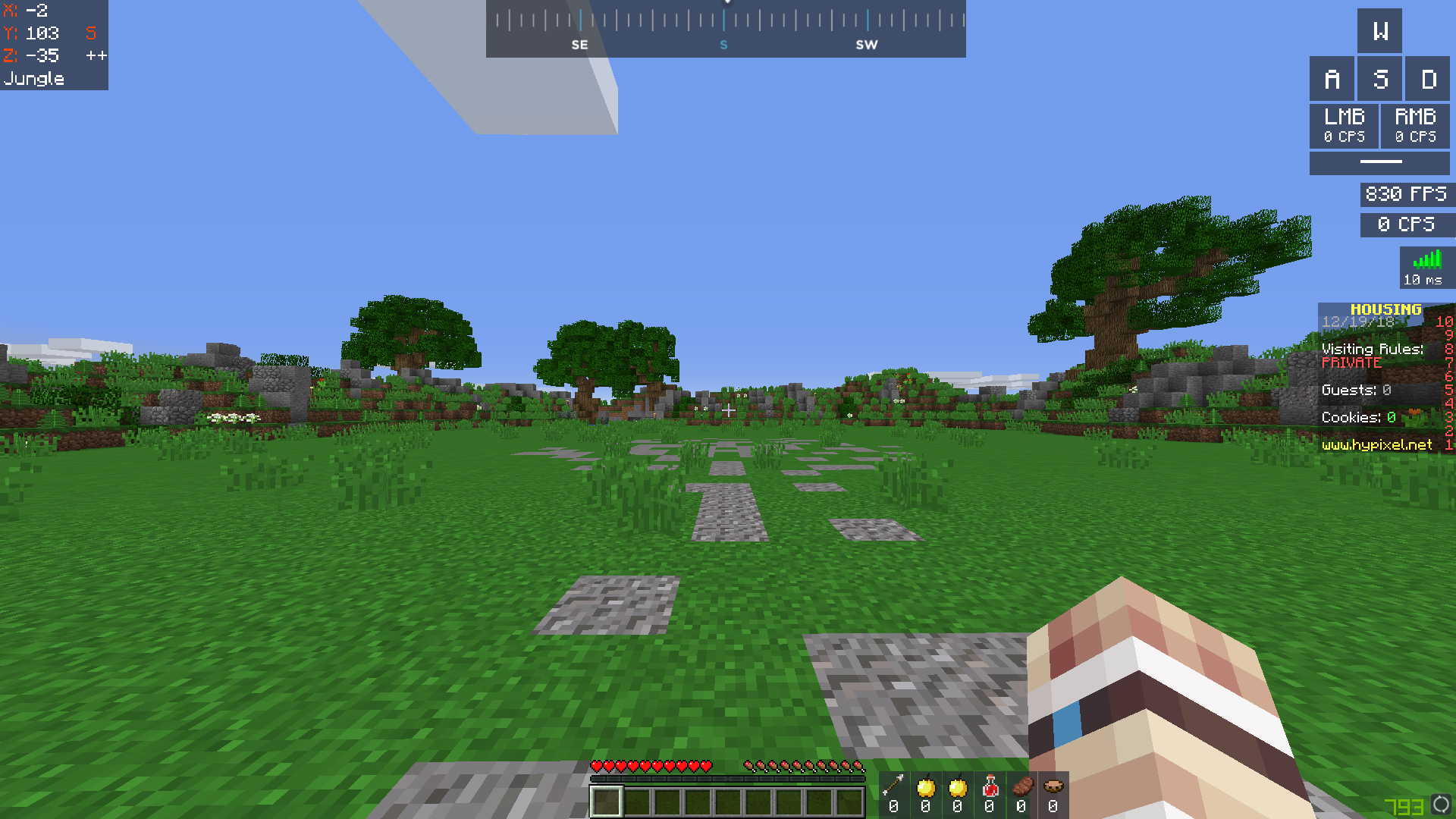 Example of the F3+B Debug Hitboxes in Minecraft. 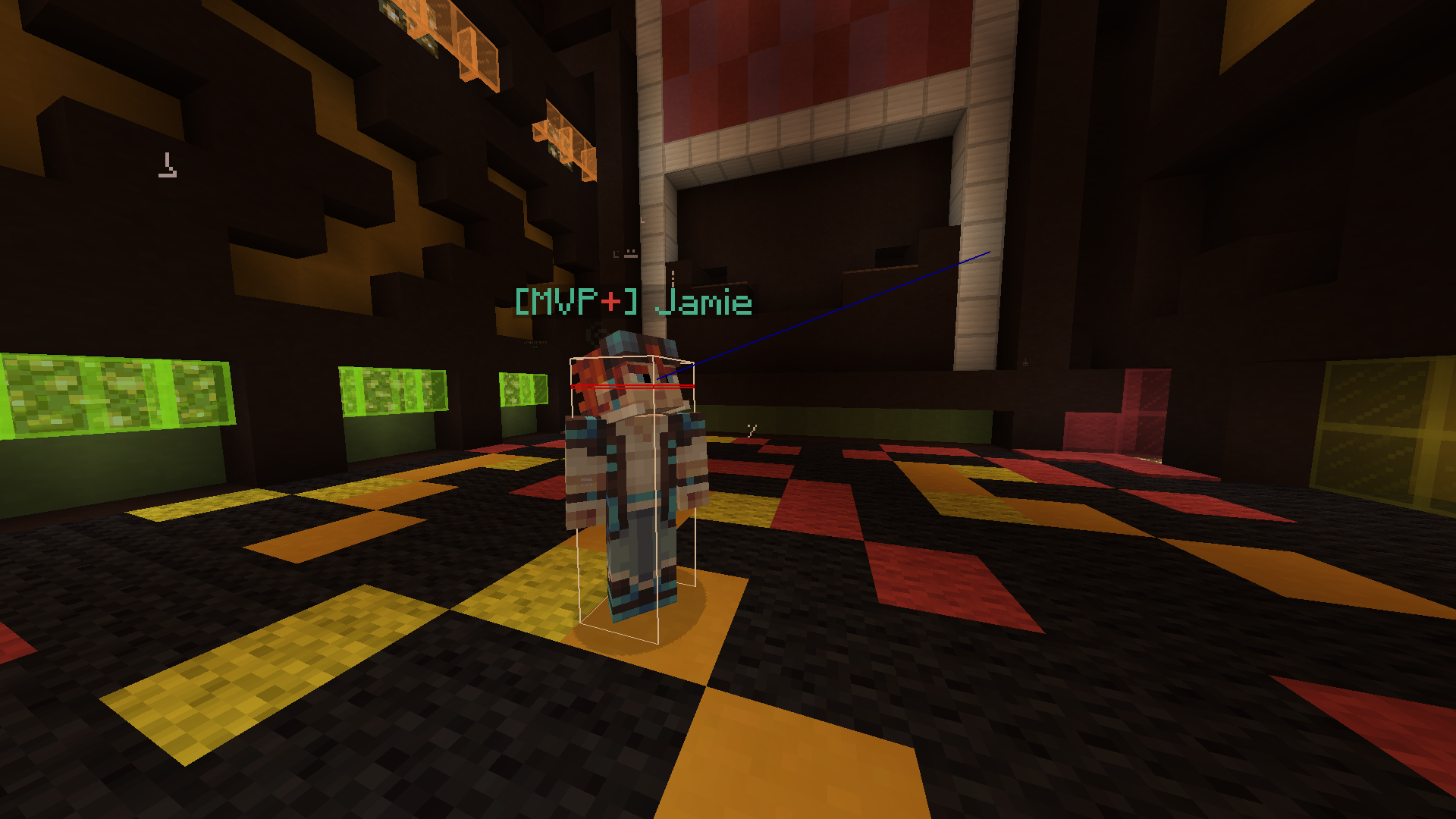 The Hypixel Network does not endorse any of the mods named above, which are provided solely as examples of commonly used modifications on our server. We (Hypixel, Inc.) are not the developers of any of the named modifications unless explicitly noted, and we do not have control over those modifications.

We are not responsible for the behavior or actions of any modification, which may be updated or changed (even automatically) at any time by their individual developers.