1 Murderer. 1 Detective. And a whole lot of Innocents. Can you survive this tense social game of betrayal and murder?

Objective: The goal changes depending on your role in each of the gamemodes. You either eliminate all the other players, eliminate the Murderer, or try to survive versus Infected players.

In the Murder Mystery lobby, you can find different sub gamemodes and the Shopkeeper.

The sub gamemodes are right in front of you as you spawn in. Clicking on any of them will put you in a pregame lobby while other players join.

The Shopkeeper lets you open loot chests, buy cosmetics, and see how many coins you have in Murder Mystery. You can buy Loot Chest at store.hypixel.net. 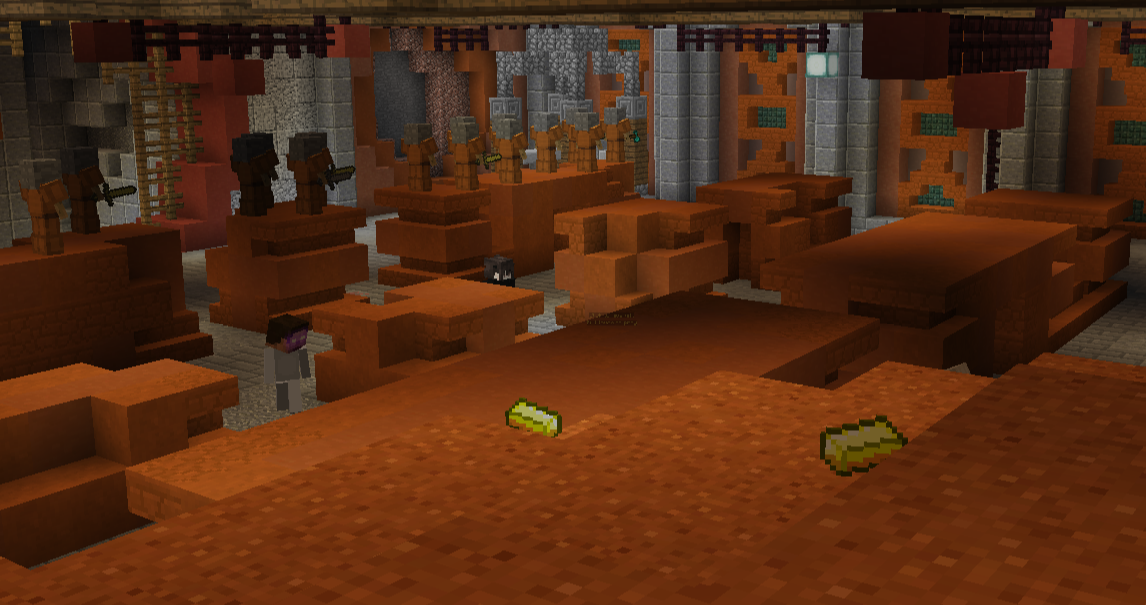 After spawning into the map, you will be given a role. Innocents need to stay alive. They can do this by hiding or by getting a bow to eliminate the Murderer to win. Innocents can make a bow by collecting 10 pieces of gold. The Detective is on the Innocent's team and automatically spawn with a bow. Be careful, if you are an innocent and shoot another Innocent, you will both die! The Murderer needs to eliminate everyone else in the game to win. They spawn with a sword that can be used normally or thrown at another player. If time runs out before the Murderer can eliminate all other players, the Innocents win.

The gamemode works similarly to the Classic mode. This time there are 2 Murderers, 2 Detectives, and 20 Innocents. If one of the Murderers kills their fellow Murderer, both of them will die. The game will end immediately and the Innocents and Detectives will win.

In this gamemode, you are either a Survivor, Infected, or Alpha Infected. The goal of the Survivors is to live until the end of the game. Most players will start as a Survivor. The Survivor spawns with a bow and 16 arrows. The goal of the Infected is to "infect" all the Survivors, meaning turn them to the Infected team. One player starts as the Alpha and attacks the other players to turn them. The Alpha has 2 lives and will be disguised as a Survivor until killed for the first time. If the Alpha Infected dies, all other Infected will no longer be able to respawn. 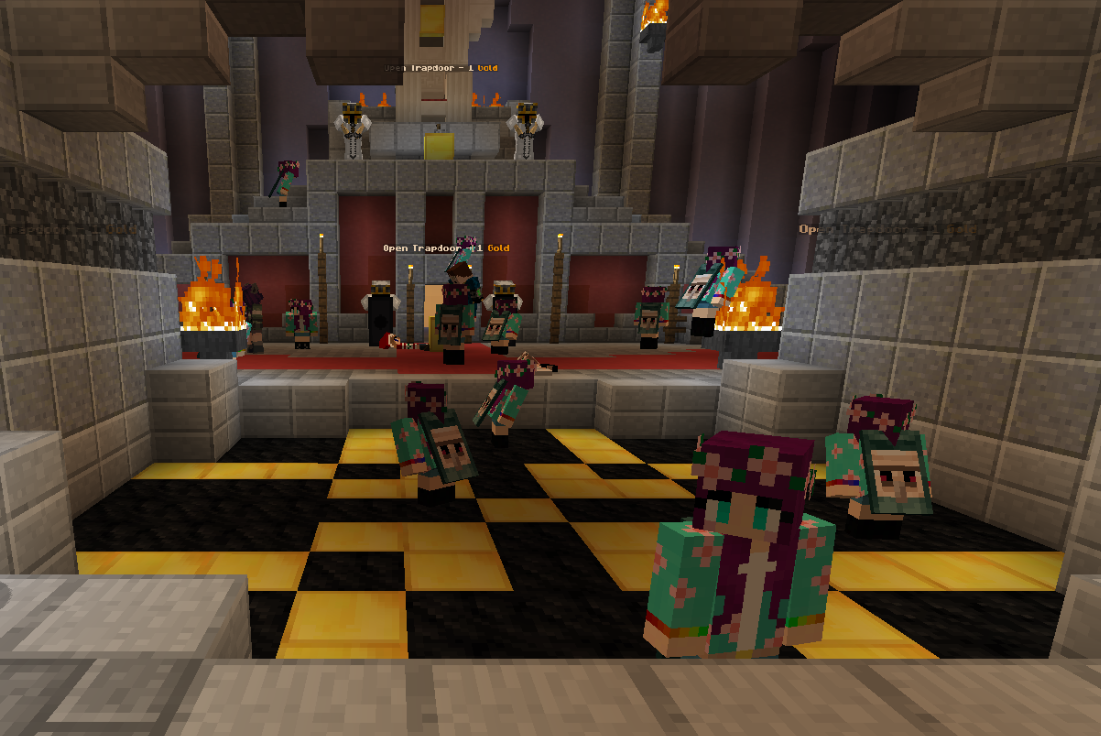 You can buy some Cosmetics at the Shopkeeper or in the emerald in your hotbar. Cosmetics include Projectile Trails, Victory Dances, Last Words, Knife Skins, Kill Notes, Gestures, Animated Hats, and Death Cries. Some of the cosmetics can only be found in special Holiday Loot Chests, which go on sale for a limited time during the year.